TMD: What are your thoughts on the portrayal of men of color in mainstream media and how it affects business (if you think it does)?

MD: Like many things it is getting better. It helps that we have very talented artists paving the way for us: artists who are making sure that our portrayal is not restricted to stereotypes. However, this is by no means enough and we still have a way to go before I would consider our portrayal an equitable one. As a recent immigrant from a predominantly black nation I still get surprised by how addicted mainstream media is to repeating certain tropes and negative and sometimes,  false narratives. From outside this cultural context these narratives may even seem to be an accurate depiction of the reality of men of color. On moving here I had to quickly learn that what the mainstream media wanted me to believe about myself as a man of color in this context was inaccurate and untrue. However not everyone has to live in this reality. For many, the negative portrayal becomes embedded and most don’t realize it’s there. What this means is often people expect us, men of color, to act as the media portrays.

These expectations have a way of eating at your confidence. But this is something entrepreneurs have to face regardless. There will always be someone or some situation that is threatening to make you doubt yourself. That’s a part of the entrepreneurial journey but as with most things, being a person of color makes that journey a little more difficult to walk.

TMD: Your advice for those who may want to follow in your footsteps and build a brand that’s targeted to people of color?

MD: My biggest piece of advice is general  – it is to get started. It took me two years of trying to solve things I thought would be problems before I finally got started. Then I quickly realized everything I thought would be a problem wasn’t going to be.  You learn that a lot of the things you’ll need to fix when you’re just getting started are so unique and specific to your situation. Imaginary or perceived issues are a distraction. It takes starting to realize what really needs to be solved. This is not to say that you should not prepare but if preparation becomes a form of procrastination — you need to step back reassess and just get started.

TMD: Thoughts on platforms like The Man Defined in today’s era?

MD: Platforms like The Man Defined are important for the same reason black newspapers were important in the past. We’re at a unique time in history when we’re being told that we’re not being ignored  – we’re being told the world is now “color blind”,  but somehow our issues, lifestyle and interests are still not being represented or are more often than not being represented in a negative way.

The Man Defined works against this shallow and inaccurate portrayal of men of color. This is necessary as psychologically the active and willing misportrayal or non portrayal of people of color, and more specifically men of color, has had a hazardous effect on our collective psyche.

“Platforms like The Man Defined work against the many voices telling men of color that we lack depth, beauty and diversity of interests not only so the world can see it but so we can see that we are not alone.” –  Mathúe Duhaney

TMD: What kind of future do you envision for Cutlass?

MD: I do believe it’s only a matter of time before Cutlass becomes the next big thing. Our responsibility now is to build out the sector in which we will be that big thing. A sector I like to call MelaninCare™. Cutlass was initially conceived as a brand for skin and beard care for men of color, but our long term goal is to become the leading MelaninCare™  company — providing a wide range of products specifically tailored for people of color but useful for all. A lot of the work we are doing on a day-to-day basis goes a long way towards ensuring that we’ll be successful, and I’m really excited to see what is in our near future at Cutlass. 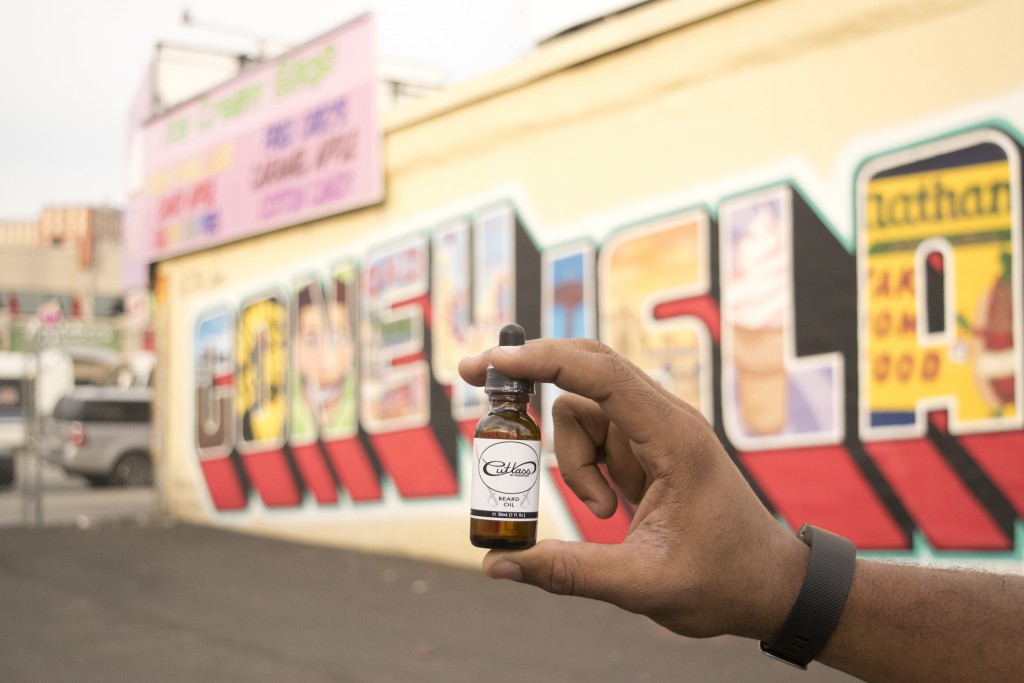 We look forward to seeing more of Mathúe and his work with Cutlass.  If you’d like to get to learn more about Mathúe and what he’s working on check out Cutlass by Pesanteur at www.getcutlass.com or across social media at @getcutlass