Three years ago, Vassar College alum Mathúe Duhaney moved to New York City after four years living in between Poughkeepsie, New York and Kingston, Jamaica. Like most recent graduates, he started his journey in the Big Apple searching for a job that would help him gain the necessary experience to thrive in the world’s metropolis. Since then Mathúe has transitioned from the corporate world to the startup world, and most recently into the world of entrepreneurship with his new brand, Cutlass.  With a brand who’s namesake goes back to the term used for machetes in  his native Jamaica, The Man Defined took a moment to speak with Mathúe and chat about his journey and about his latest venture.

THE MAN DEFINED:  Tell us a little about how you found a job and settled in NYC?

Mathúe Duhaney: I went the traditional route at first — visiting job sites, applying through websites, even Craigslist. It was only after a few conversations with persons from Vassar’s alumni network that I learned the best way to get hired was through networking and building relationships.

At the time job hunting felt like the most difficult thing in the world. I’m sure every recent graduate feels like this: I didn’t think any company would want to hire me. That thought, as depressing as it sounds, really helped motivate me. I ended up going way above and beyond the interview requirements and I really believe that’s how I managed to land the job.

After three months, a reasonable bout of networking, and what he considers “practice interviews” Mathúe was eventually able to land a job in NYC. 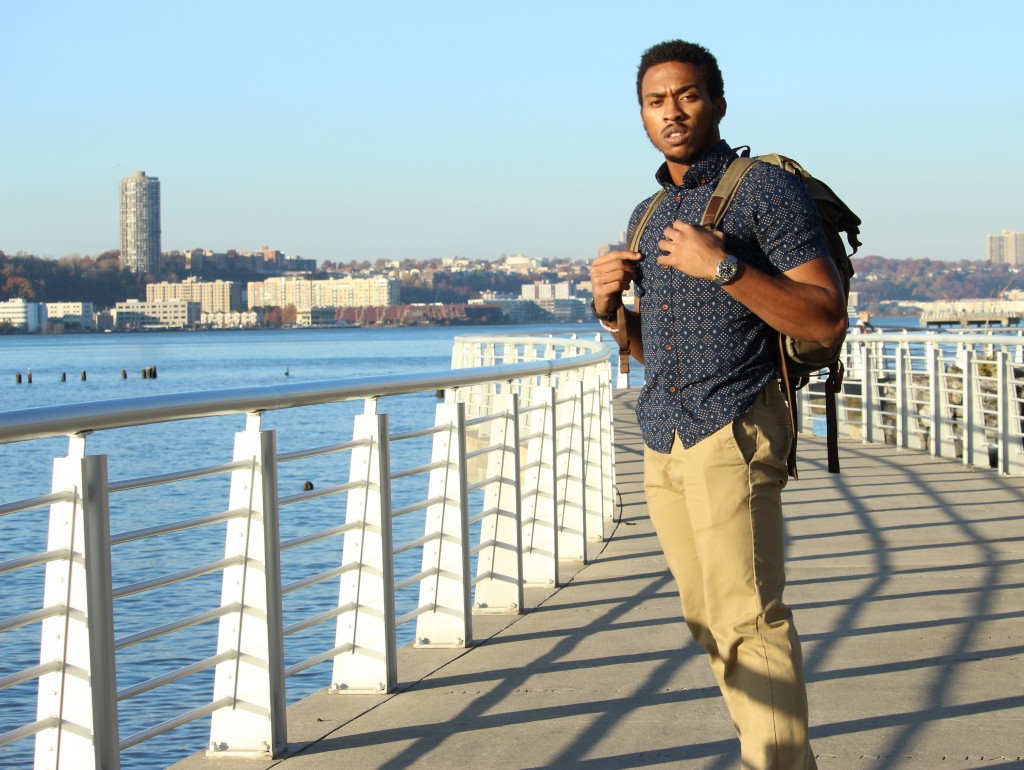 TMD: What were you doing before you got the job?

MD: Well, before I started my first job in NYC, I interned in Shanghai, China for a few months. The short story behind that is I had studied Chinese in college and figured post graduation was as great a time as any to immerse myself in the culture and language. Upon reflection, it was one of the best decisions I’ve ever made, and I learned more than I could have imagined about leadership and international business culture. There, I met some of my closest friends— which may be a strange thing to hear considering it is the opposite end of the world.

TMD: How did you decide on China?

MD: I think of myself as a global citizen. If I’m 100% honest, the truth is uncertainty drives me. It’s how I ended up going to school in the US, working in China and eventually taking the leap and moving from a traditional corporate setting to the startup world. That fascination with uncertainty continues to guide me to this day, and it along with my curiosity has led me to my most current venture. This is how I decided on China — it was the most dissimilar place I could think of.

TMD: What are you working on now?

MD: The idea for my current venture actually came to me while I was working my first job out of college. I used my background in biochemistry to help me create an effective aftershave for my skin and hair type. I shared that aftershave with a few friends and they really enjoyed it. They commented on how effective the product was in preventing razor bumps and ingrown hairs.  This positive feedback gave me a lot of confidence, so I kept on refining the formula. I vividly remember the moment when I came up with the name, Cutlass. I was visiting my grandmother in Philadelphia and a lightbulb just went off in my mind and I’ve been using the name ever since.

Before I decided to go live with Cutlass, I got a bit of experience in the startup world. The hustle I learned there has gone a long way in making my current day to day a lot more doable. I’m super grateful for that.

TMD: What kind of advice would you give young entrepreneurs  like yourself?

MD: I strongly recommend learning by doing. I also suggest diving in — but both in that order. There is so much you can learn while working for someone else. You’ll end up making money while learning and preventatively saving yourself the grief of losing your own money. If you’re fortunate you get to work with awesome mentors who pay you to work, while fostering your own personal development. I can’t recommend this enough — learn by doing, and don’t end up paying for it, get paid for it.

TMD: Although still early, what are 2 things you’ve learned thus far while creating and running your brand?

The first few days of starting Cutlass were very hard. I’d wake up at odd hours of the night in cold sweats because there was something or another that I thought I had to do. In reality, there’s always a thing that you have to do, but it isn’t healthy to be waking up at 3am trying to do it. Unless it’s really important – there are exceptions. Starting a business is anxious work. Something is always metaphorically on fire – it is a lot more productive to focus on putting out one fire at a time than it is to run around screaming that you have so many fires to put out. So I’ve learned to try to stay on top of the myriad things I have to do but also to try not to freeze myself in a state of self-induced panic.

“I’ve learned to try to stay on top of the myriad things I have to do but also to try not to freeze myself in a state of self-induced panic.” – Mathúe Duhaney

The other piece of advice for after you get started is to stay focused. It is very easy to get distracted and consider targeting everyone but once you lose focus you begin to lose traction. If you stay focused you’re able to be more in tuned with our market. Then you quickly learn that unlike most other markets, since we are often ignored there’s a lot less literature, a lot fewer blogs, a lot less reviews to learn from, so you do the one thing that most business people forget to do – you simply go out and have conversations, then you thrive.