Jeremy Williams has been hustling nonstop. In between creating designs for his Christian clothing line, Kingdom Native, creating memes, hiring new talent and booking new shows for his comedic ministry, Church of Laugh, in his own words, a good 30 % of his vision has been completed.

Jeremy started his journey as a graphic and web design artist for brands and magazines such as  Vibe, Uptown, Blackbook, McDonald’s, Pepsi, Coca Cola and Toyota.

Both Kingdom Native and Church of Laugh both started off as passion projects while he was working his 9-5. However, as an active participant in his church, he soon realized that people were getting a kick out of his skits that his church would put on, he thought it was time to invest in his God-given talent by creating Church of Laugh in 2011. “The lane that I have is urban Christian comedy. It isn’t new, but it’s also not in one location, it’s all over. I just tapped into making it into one location, one platform. My goal wasn’t just to do memes, it’s always been bigger,” said the Brooklyn native. “Christian comedy isn’t one of the most loved mediums or forms of comedy. So, I wanted to test and see and build a brand bigger than myself.”

When Jeremy first started Church of Laugh, it was originally called PosiTV. Jeremy and his team even managed to produce two live shows, but Jeremy realized that though it went well, he realized that he needed to re-strategize when it came to building a solid team.

Taking that leap of faith in June 2016, Jeremy revisited the idea of Christian comedy, and started assembling an acting team. “We started doing skits. I had to reach out to people that I thought might work or if I was working with somebody they would recommend somebody else. So, I started to assemble a small team,” Jeremy reminisces. “Some people on my team now were from my original team I built 8 years ago. We stayed friends, but we were doing other things in the meantime.”

Since then, Church of Laugh has had numerous of sold out shows, and will be taking the show on the road in this year. Jeremy wants to create a Church of Laugh web series and then wants to be on the big screen. 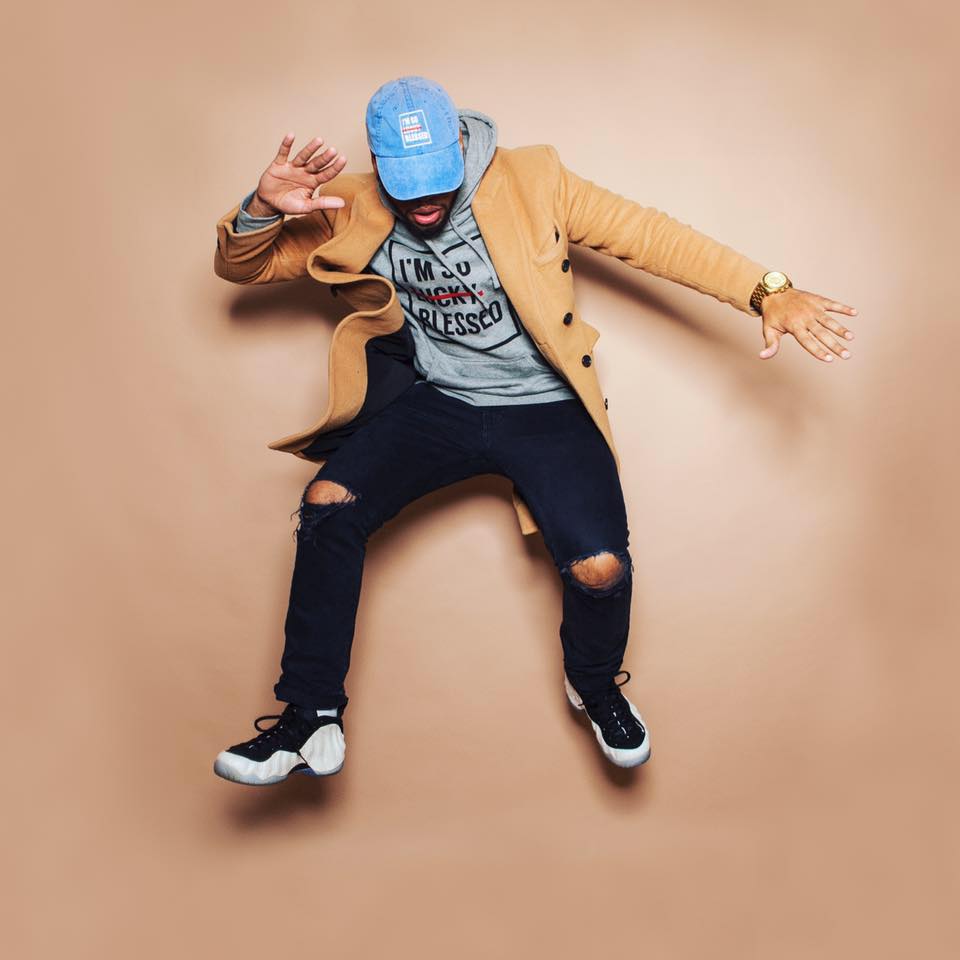 Though the 29-year-old entrepreneur, started to see progress in Church of Laugh brand, he wasn’t satisfied with the product that companies were putting out when it came to Christian gear. “Doing clothing isn’t a new idea,” Williams mentioned. “I feel like my purpose is to change the mediocre things in society, especially in Christian culture. People were making Jesus’ t-shirts and I didn’t like them.”

Originally called Alter Native, which meant born to make change, Jeremy was hit with a cease and desisted letter, though it led him to change the name of the brand, this ended up being a blessing in disguise. “There was a company called Alternative,” the entrepreneur recalled. “Even though the pronunciation wasn’t the same, the claimed it was infringement. I hadn’t put tags on the clothing yet, so for me to get that letter I thought ‘Ok, let me think of a new name.’ Kingdom Native became a name where people felt connected and it worked in my favor.”

Since it’s creation, Kingdom Native gear has  been worn by many celebrities including  singing  duo Mary Mary,  Kierra Sheard, Tye Tribbett, Sonequa Martin Green and her husband, Kenric Green,  NFL player, Rashad Johnson and more. And yet, according to Jeremy, his journey is just starting.

With the various projects that the creative is juggling these days, one of Jeremy’s biggest lessons is quality over quantity, and making sure that those on his team are fulfilling their purpose and that everyone is getting paid. “To put out that much money, it has to be lucrative because I pay everybody. Nobody is a volunteer on my team. I try to pay everybody, even if I don’t get from it. I think its the leader’s job to find ways to get the people either further in their career or help them out in anyway they can or give them tangibles.”

When asked what else he has up his sleeve for his brands, he said tapping into magazines will be his next step. “Again, I need the right team. I don’t want to jump into something that I don’t have the right team for. Also, just to get into other things people have been begging me for like a kid’s line for Kingdom Native, and getting into accessories.”