When you think of the word gentleman, what comes to mind? These days,  many would say a well dressed man in a suit could be one of the descriptors. While that characteristic might often be true,  it should not be the determining factor when measuring ones gentility. Historically speaking The English and French used the word as a rank of nobility amongst men. In the 1500’s,  English Priest William Harrison wrote, “…gentlemen be those whom their race and blood, or at the least their virtues, do make noble and known”. At this point in time a gentleman was greater than just a common man, often had some type of money and carried a good family name.

“Gentlemen be those whom their race and blood, or at the least their virtues, do make noble and known.” – William Harrison

For me,  the word is much more than just a way to describe the current trend of men dressing classically ( a la Jidenna )  or a guy in a fedora – it’s the act of  being one.   To me thus far,  my father has embodied the best examples of what a being gentleman is.

Growing up I was blessed to live in a two parent home where my folks were married and my mother was the apple of my father’s eye. He opened doors for her, held her hand when she was standing or sitting, walked on the outside of the sidewalk closest to the street and overall put her needs before his. She respected this man –  whom I’ve never heard say a foul word in my life. It was because his thoughts, his words and his actions demanded respect. This is the example that I had growing up of what a man should be and how to treat a lady.

As a boy my Father would take me to French Toast and Lord & Taylor for clothes and I hated every second of it. Back then, I use to wonder who else would subject their kid to corduroy trousers and itchy Irish wool sweaters – and WHY?!  However, for Easter Sunday every year I would get a new suit tailored to be fresh for church service. If you went to church at all when you were growing up, you know THE day to get fresh was always undeniably Easter Sunday.  I came to understand that it was not only about looking good, it was feeling good as well as doing good things – in my fathers’s case it was not only his fashion sense but it was also watching how he treated my mother and how he lead our family. 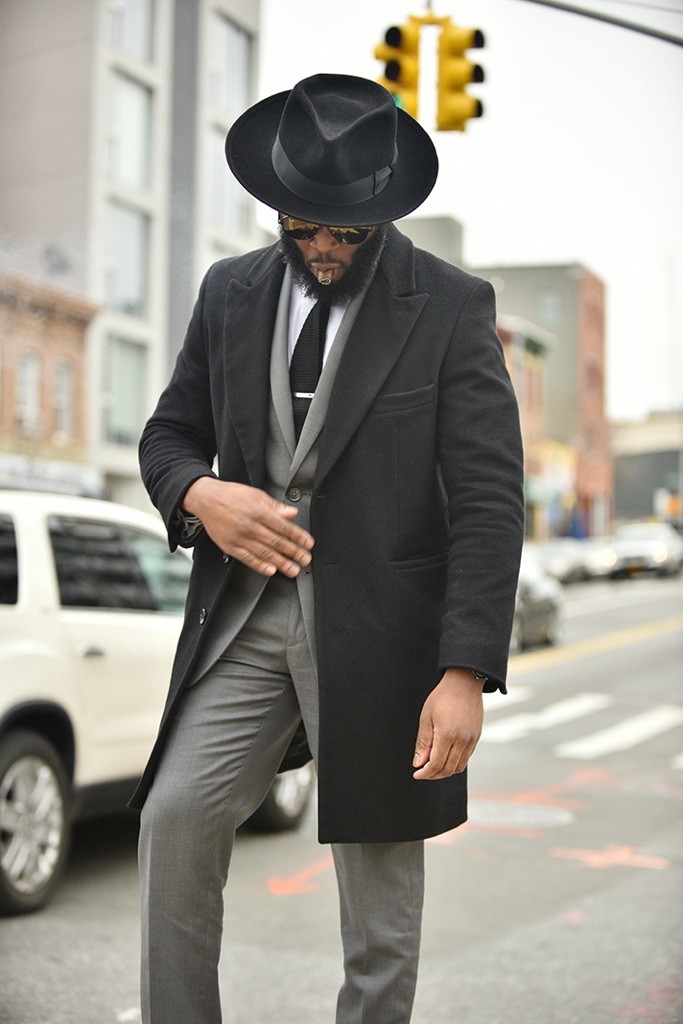 They say your first lessons are taught in the home. And true to my father’s favorite verse (Prov. 6:22),  boys grow up to become their Fathers. I was fortunate enough to inherit my fathers dapper fashion sense and classic style but more than that – I adopted his kindness, genuine nature and wisdom. I believe all these qualities are important in being a gentleman.

Being a gentleman is about how you interact with those around you, how you treat strangers when no one is looking, what you believe in and what you stand on. Truthfully, there isn’t one universal definition of exactly who and what a gentleman is and in reality, that’s beauty of it. Write your own story, know when to break the rules, learn how to dress well, develop a worldly perspective and always,  drink dark .

What are your thoughts on being a “gentleman”? What does it mean to you?

SUBMITTED BY: Julien “OG” Othneil of The OG Theory

“#TMDPresents: Defined As. . .”  is an original series brought to you by The Man Defined where men of color dispel or support common labels about men through personal essays .

Have a story that you’d like to submit for this #TMDPresents original series ? Send it over at stories@themandefined.com