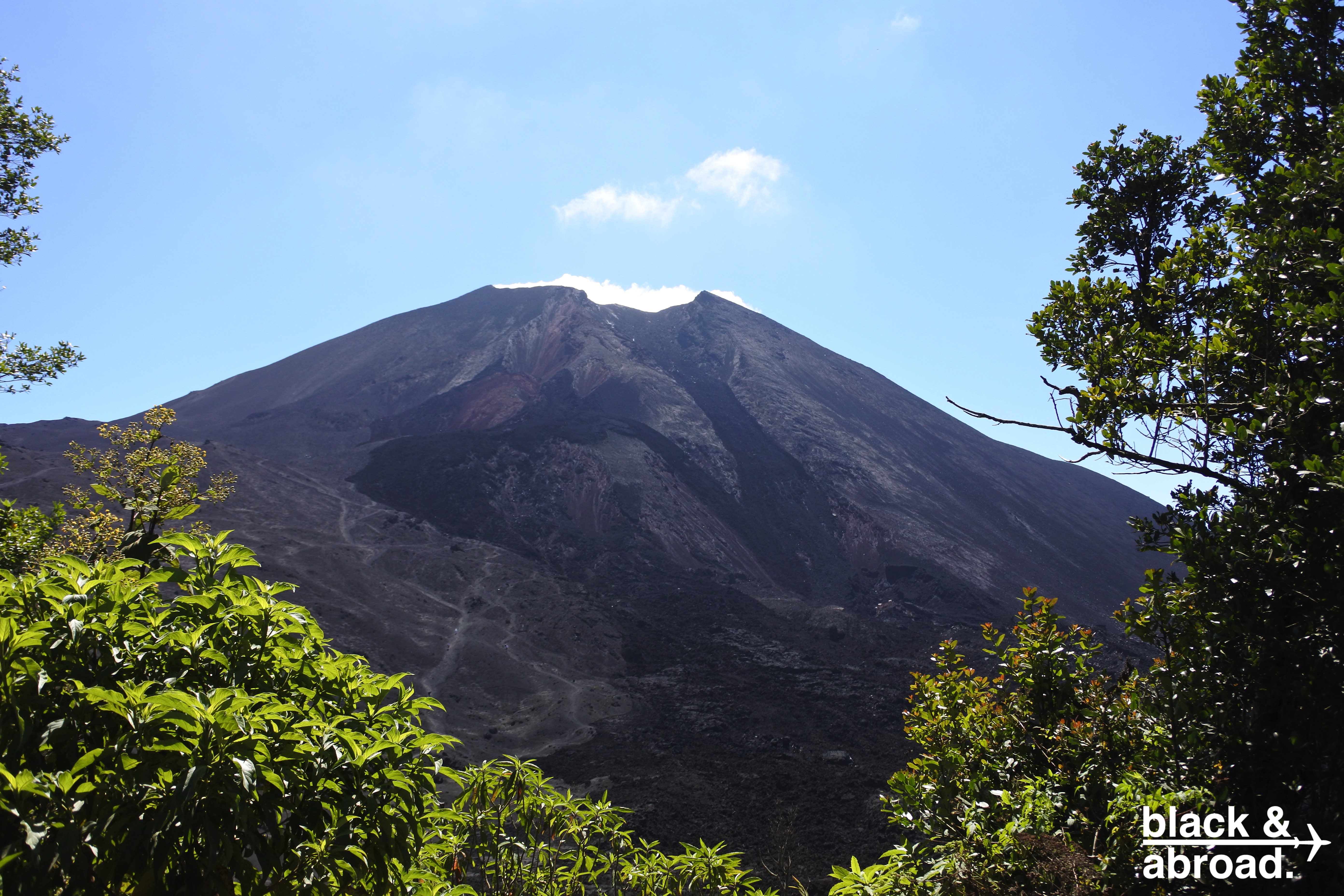 Climbing up Pacaya volcano is a must if you visit Antigua or Guatemala City. When we arrived in Guatemala and saw the volcano in the distance, we knew it was definitely something we had to do before leaving. 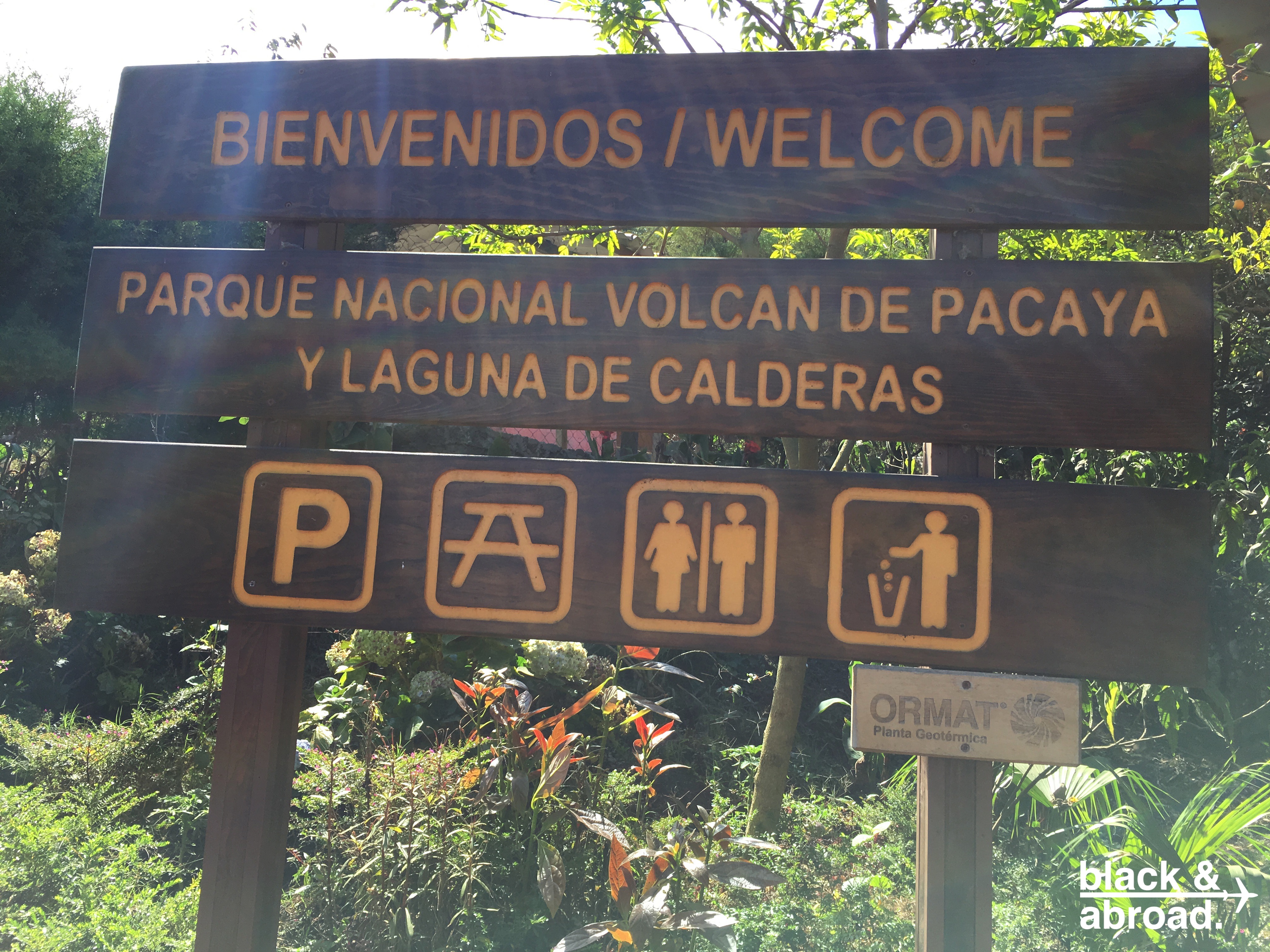 Pacaya rises to an elevation of 2,552 metres (8,373 ft). After being dormant for a century, it erupted violently in 1965 and has been erupting continuously since then. The last activity reported was an eruption in March 2014 that caused ash to rain down in Guatemala City, Antigua and other nearby towns.  Today, you get to see the residual lava and ash from both the 2014 eruption and prior volcanic activity.

The hike lasts about 6 hours and you have the option of going with a group in the morning (with groups leaving between 6 and 9 a.m.) and in the afternoon (leaving at 2 p.m.).  The latter has the added option of seeing the volcano at dusk and hiking down the terrain as the day ends.  We opted for the early option so that when we were finished, we’d have the rest of the day to hang out in the city. There are plenty of options for getting to the volcano.  Booking with one of the local tour groups or your hotel will run you between 70 and 100 Quetzals (about $8-10 USD).  The ride will to Papaya is about an hour and will take you from Antigua to San Vicente, which is where the base of the trail is.  Once you arrive, you’ll pay the admission fee to the trail, which is another 50 Quetzals (about $7 USD).

The hike is about close to 2 hours up and an hour on the descent. As you begin to progress up the trail, you’ll notice the transition from normal terrain to volcanic ash. 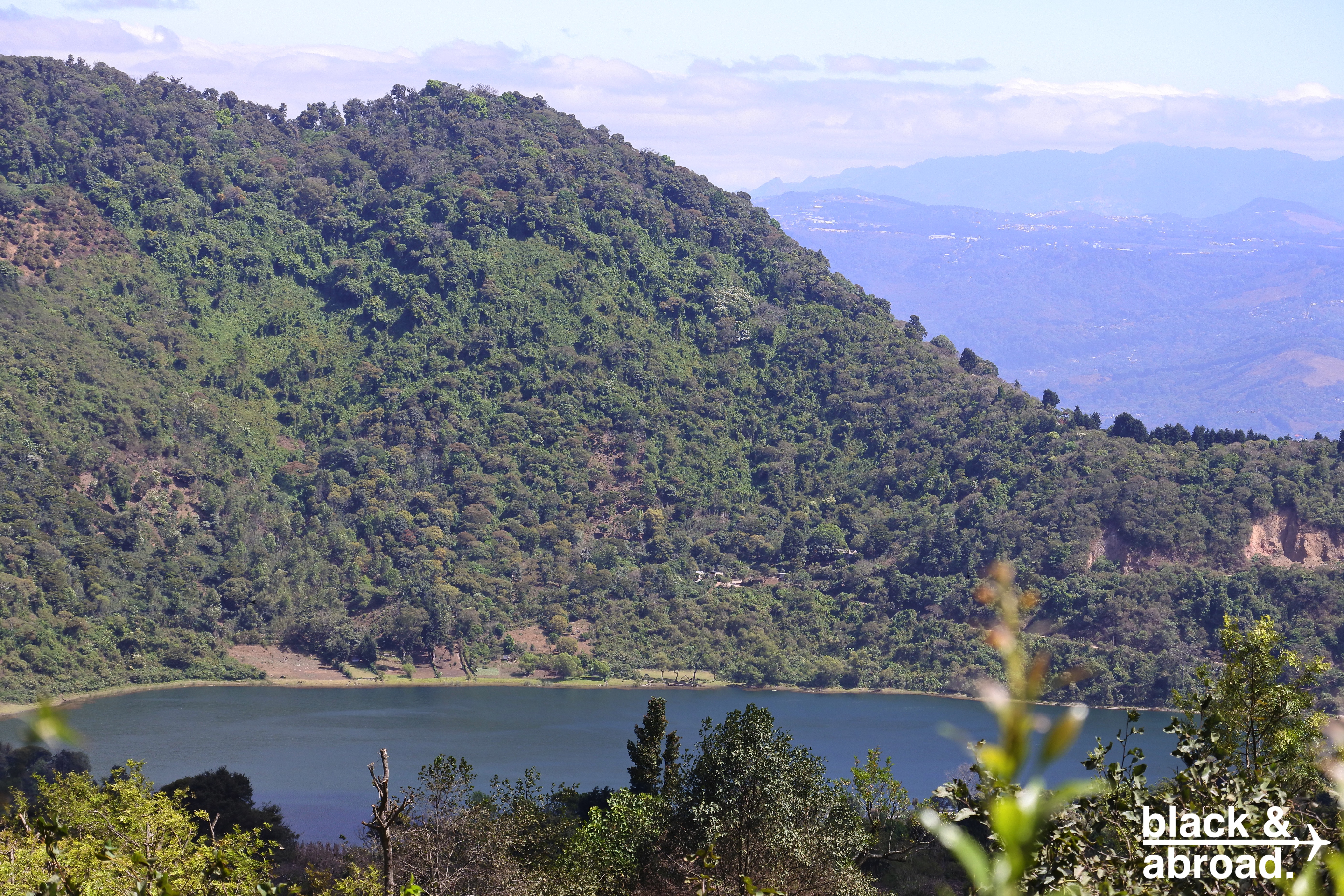 Let us warn you, the hike is no joke!  But that’s okay, you can still experience the volcano if you aren’t ready for the challenge.  You can rent a horse for either the hike up or the entire hike. There was a woman in our group who started on foot, and quickly jumped on a horse at the first stop we made. You also have the option of buying a walking stick at the base for those moments when your legs feel like they’re about to give out.  Halfway up, I longed for one of those sticks, lol.  Don’t worry, you will take breaks along the trail to catch your breath and for some great photos. 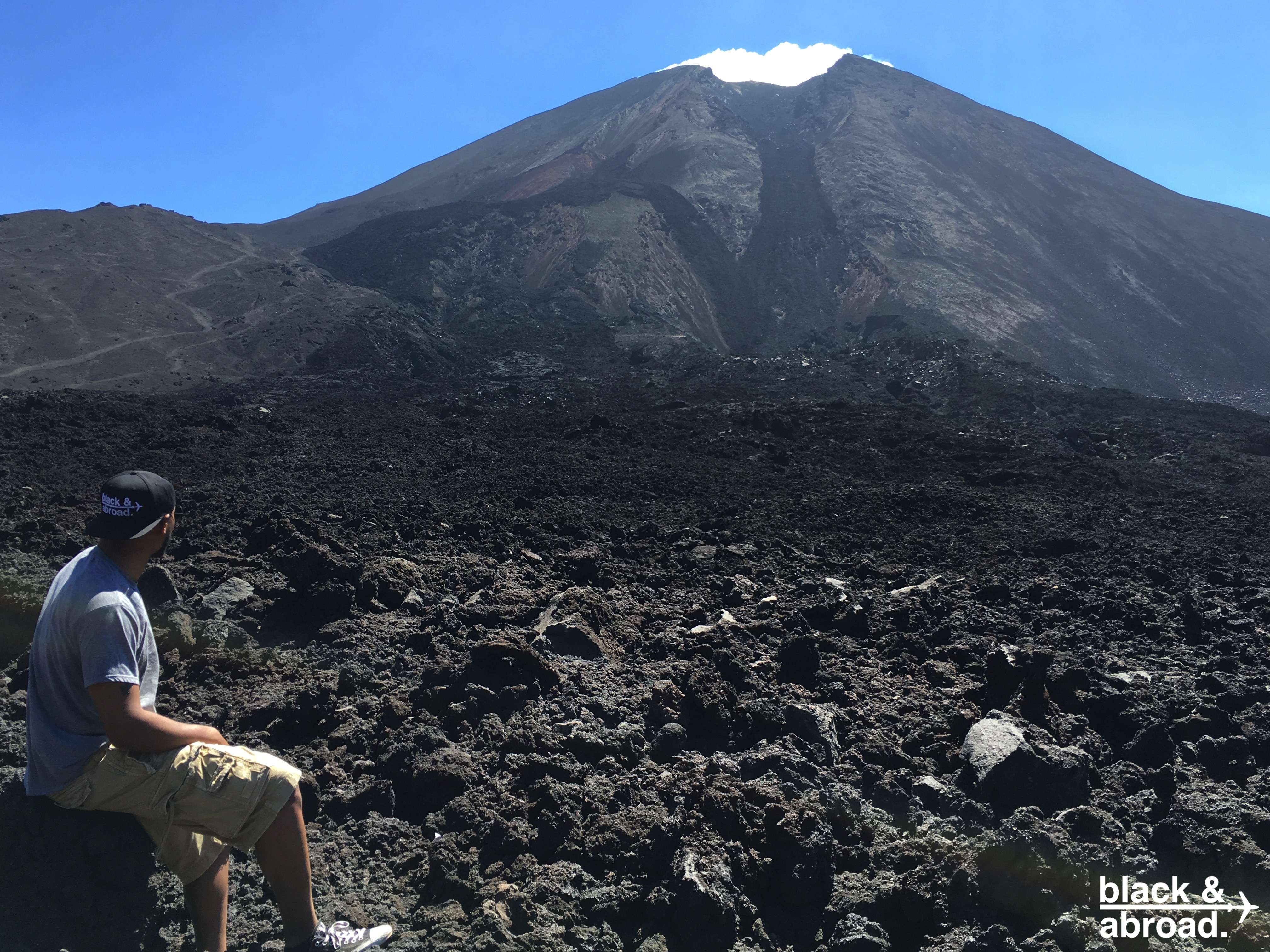 You will feel like you’re on another planet once you reach the crater. The steam hissing from beneath you and the black ash crunching under your shoes will feel otherworldly.  It’s definitely an experience worthy of bragging about.

One of the other payoffs for the grueling hike (outside of the gorgeous view of the country), is the marshmallows!  Once we arrived at the crater, our guide took us to a section where the steam rising from the lava underneath the ash was hot enough to toast marshmallows. 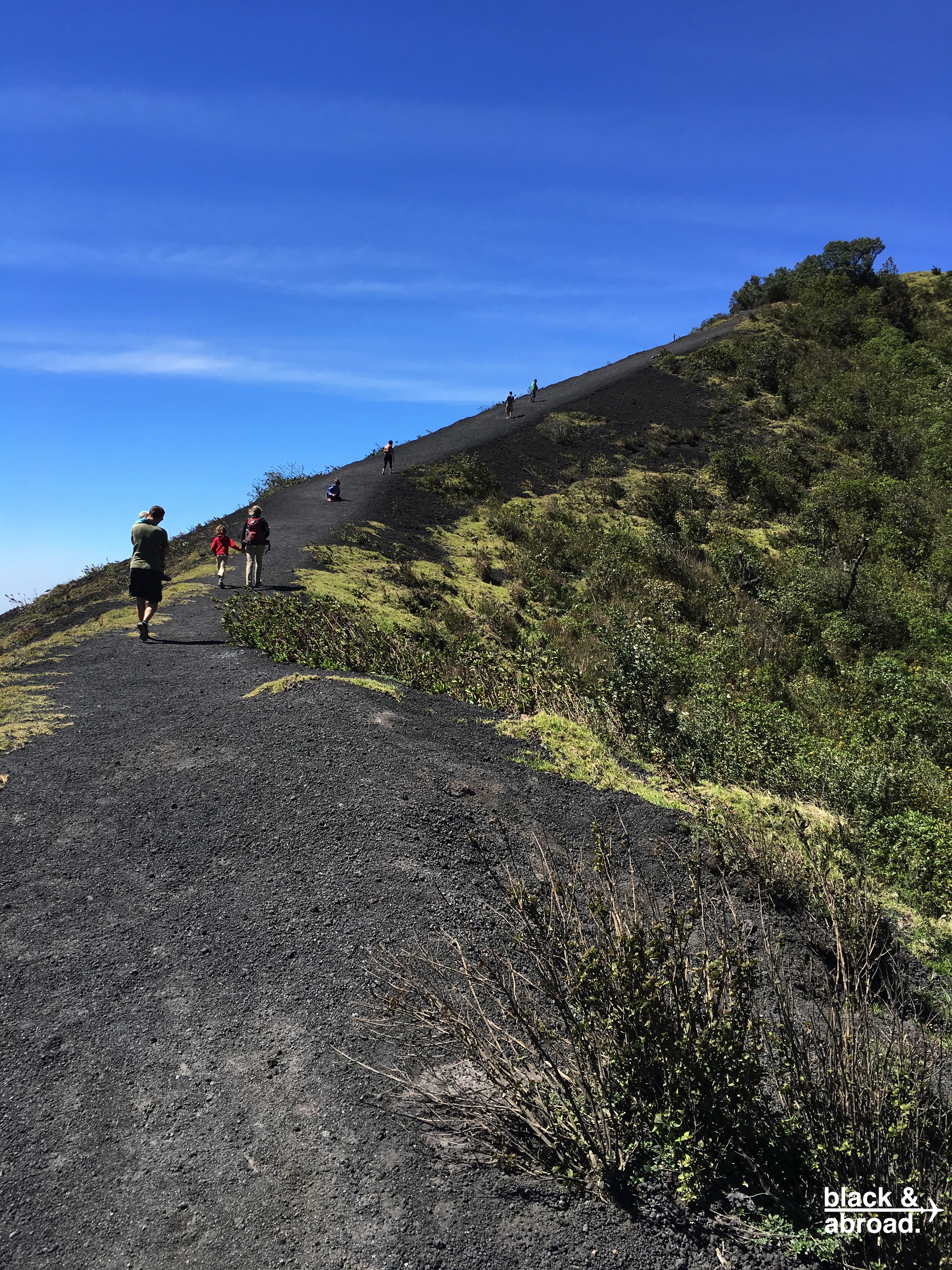 After exploring the crater, you’ll make your way to the highest point of your hike. Once you make it to the peak, you’ll be overtaken by the breathtaking views of Guatemala.  You’ll get plenty opportunities for great photos and a chance to see the other nearby volcanoes.  The trek back to the base of the trail will take you through a forest before connecting back with the trail you used to reach the top of the volcano. 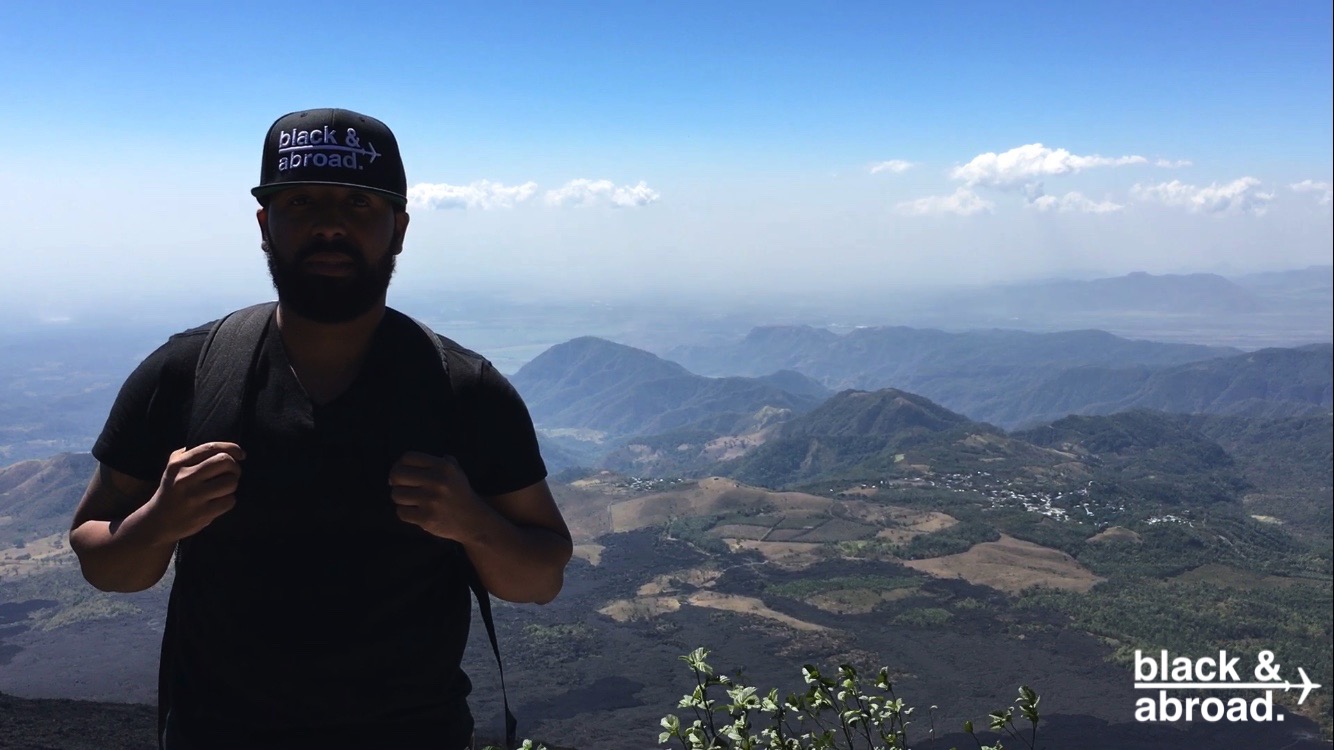 Hiking Pacaya is a challenge you should definitely take during a visit to Guatemala.  Your legs will feel like jelly after you’re done, but you’ll accomplish a feat that most haven’t dreamed of, and isn’t that what travel is all about?